From the Keaton Online Community (#1) 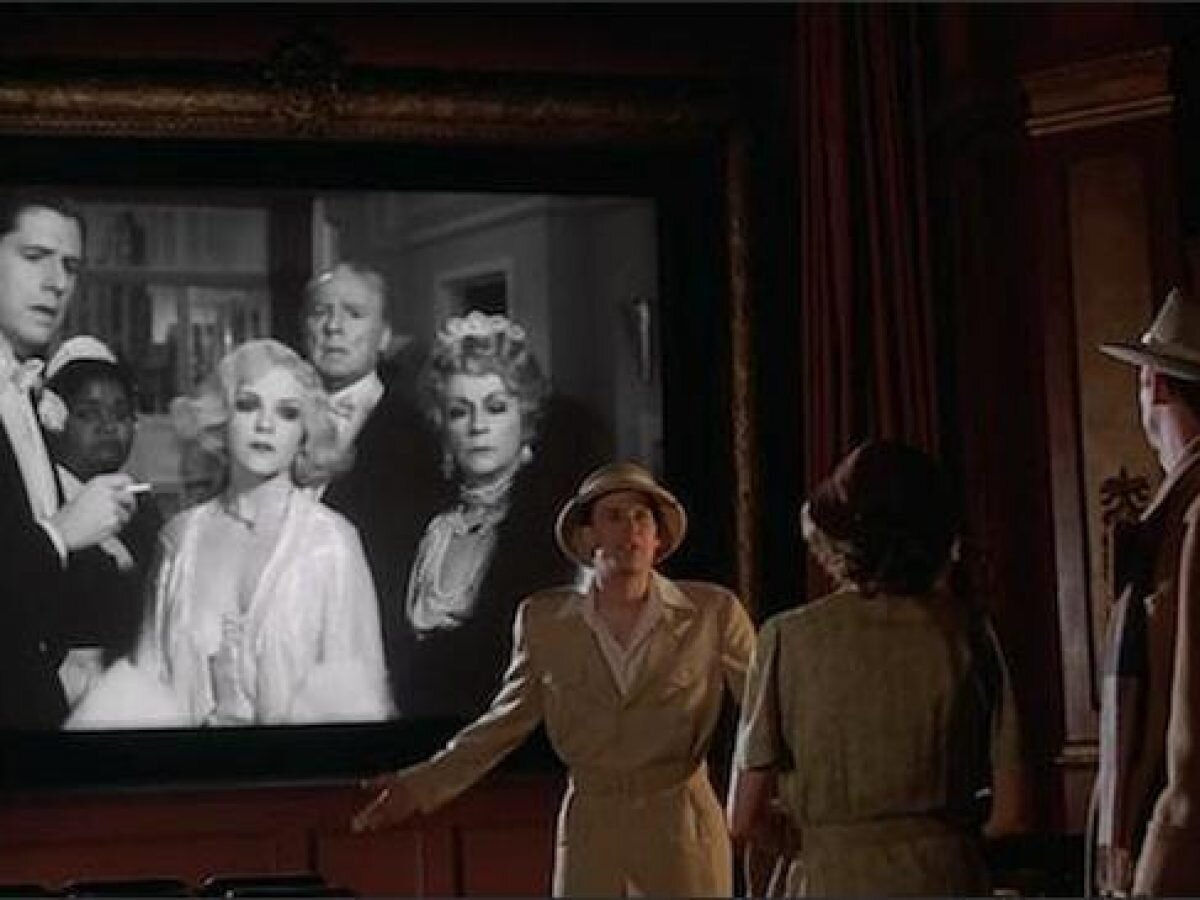 Woody Allen started his career as a script- and gagwriter in the 1950 and among those he wrote for were several people who had worked with Buster Keaton, like Sid Ceaser and Ed Sullivan. He has always stated Chaplin was a major influence in his work and is also quoted: “I know of only six genuine comic geniuses in movie history: Charles Chaplin,  Buster Keaton, Groucho Marx and Harpo Marx, Peter Sellers and W.C. Fields.” In 1985 he let himself be inspired by Buster Keaton. This year he released “The Purple Rose of Cairo”, which shows the importance of cinema during the Great Depression and how one can live through cinema. One of the main influences of the film is “Sherlock Jr.”

The story is a romantic comedy in which Mia Farrow plays Cecilia, an unhappily married woman trying to make ends meet during the great depression of the 1930’s. As escapism she frequents the movie theaters. The movie currently playing at her local theater is one she particularly enjoys: “the Purple Rose of Cairo” and she develops a crush on a supporting character named Tom Baxter, who at one point spots her in the theater and walks off the screen, after which chaos ensues and Cecilia becomes torn between her normal life, Tom Baxter and the actor that portrays him, Gil Shepherd.

The most obvious way the film is influenced by Sherlock Jr. is the film-within-a-film and the breaking of the fourth wall. However, the difference is that Buster walks into the picture and Tom Baxter, a fictional character, walks out of it. The scene in itself has a lot of similarities: both show a long shot of a movie theater and a character walking in and out of the screen. This twist is emphasized when the other characters, still stuck in the screen, have a discussion in which is said’ “We’re reality, they are a dream!”. Near the end of the film the concept reverses yet again when Tom takes Cecilia into the screen. Furthermore, the film uses doppelgangers, a concept Keaton was also fond of and used in several of his films. In “Sherlock Jr.”, Buster and Sherlock Jr. are two distinct characters derived from one person: A normal man and an idealized fictional version of him. The same can be said about Gil Shepherd and Tom Baxter.

And now for some trivia:

●      A seemingly fictitious actor playing the lead in “the Purple Rose of Cairo” is named Robert Talmadge. The question is whether this was just a shout out to the Talmadge sisters, or Allen actually knew that was the name of Keaton’s youngest son.

●      After the Tom Baxter-character walks offstage and this becomes public Gil Shepherd is told this by his manager: “This is the scandal of all time. Do you know what happened to Fatty Arbuckle’s career?”.

●      A previous film Shepherd appeared in is named “Dancing Doughboys”

●      He is planned to star in a film about Charles Lindberg, the man who made the first solo trans-atlantic flight. At the end of “the Cameraman” Buster, after it’s discovered he saved the girl and shot full coverage of the Chinese gang war, believes a ticker-tape parade is given in his honor. In reality the parade is for Lindberg.

“Purple Rose..” has always been a personal favorite of Allen who considered it one of his best as it came closest to his initial vision.