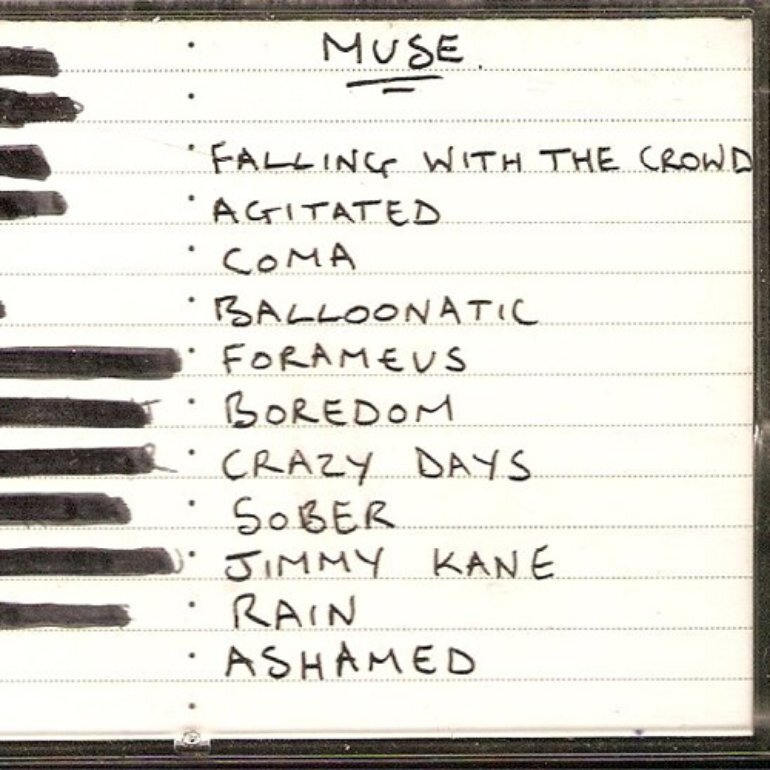 In 1994 three teenage boys in Teignmouth, Devon, England decided to form a band. After trying out several names they settled upon the name “Muse”.

Years before they became the rock legends that they are today, they where a young struggling band trying to make a living out of music. Before Muse was signed to any label they released a series of demo’s and EP’s on their own. Their second ever official demo, the Newton Abbot tape: https://www.musewiki.org/Newton_Abbot_demo_%28demo%29 was recorded late 1996 – early 1997 and featured a song named… Balloonatic!  https://www.musewiki.org/Twin_%28song%29.  After recording the demo they tried to get signed at the local label “Lockjaw Records”. They declined due to insufficient funds, however they did release one of the tracks Muse recorded on the demo on their compilation CD “Helping You Back To Work Volume 1”. This song was “Balloonatic”, and its release on the compilation makes it  the first EVER official release by Muse. The song was later re-named “Twin” and ended up as a B-side on their debut album.

This is a Keaton reference by association. Matthew Bellamy, the frontman of Muse, is known to draw inspiration from all sorts of sources when it comes to song titles, especially in their early years: Their rock anthem “Plug In Baby” has been revealed to have lent its name from a baby monitor. As much as we would like the image of teenage Bellamy sitting on his couch watching Buster Keaton’s “the Balloonatic” and feeling inspired, the only record explaining the title states it was taken from a children’s show that aired at the time. However, if this is true there is also the case that this show could itself be inspired by Keaton. Just like all men named “Buster” today are named after him: He was the one who popularized and possibly originated it as a name.

Keaton presumably got the name for his short from military slang: In World War I the term was used for a member of a balloon corps or balloon squadron. This was because the Balloonists were obvious targets for enemy troops and with the balloons being highly flammable, they had an extremely high death toll. The term was also used from the beginning of balloon-flight for someone who was crazy about hot air balloons. However, the military meaning of the term would have been much more contemporary in 1923 and Keaton was a WWI veteran. But even though it was a term that already existed, Keaton’s “the Balloonatic” seems to be the first use of the term in popular culture. Fun fact is when searching for contemporary use of the term “Balloonatic” you find two meanings: One being someone with a balloon fetish, the other being an alternative name for Muse-fans (who are usually called “Musers”) as it was their first ever release, a fact that casual fans will not know about.

●      The TV show intended here could be the ’90’s cartoon the Fox Cubhouse, which aired in the mid- ’90’s. Their 283th episode was named “The Balloonatic” and it originally aired in early 1996 and The Newton Abbot Demo was recorded in late 1996. Unfortunately, this episode seems to be unavailable online, so we can’t check if it has any direct references to Keaton.

●      Bellamy has a similar other-worldly-ness to him that can be seen in Keaton – and Bowie for that matter – as well. There is a bit of a visual resemblance: He is short and skinny, with dark hair and prominent cheekbones. He is particularly interested in new technology and is a peculiar type of rock star. Especially during the early years of Muse he possessed an infinite amount of frantic energy. He switches instruments with an ease that doesn’t seem to fit the energy of the music. He is also a man of few words onstage, but throws his body around like it’s the most natural thing on the planet. I believe the word is Keatonesque?