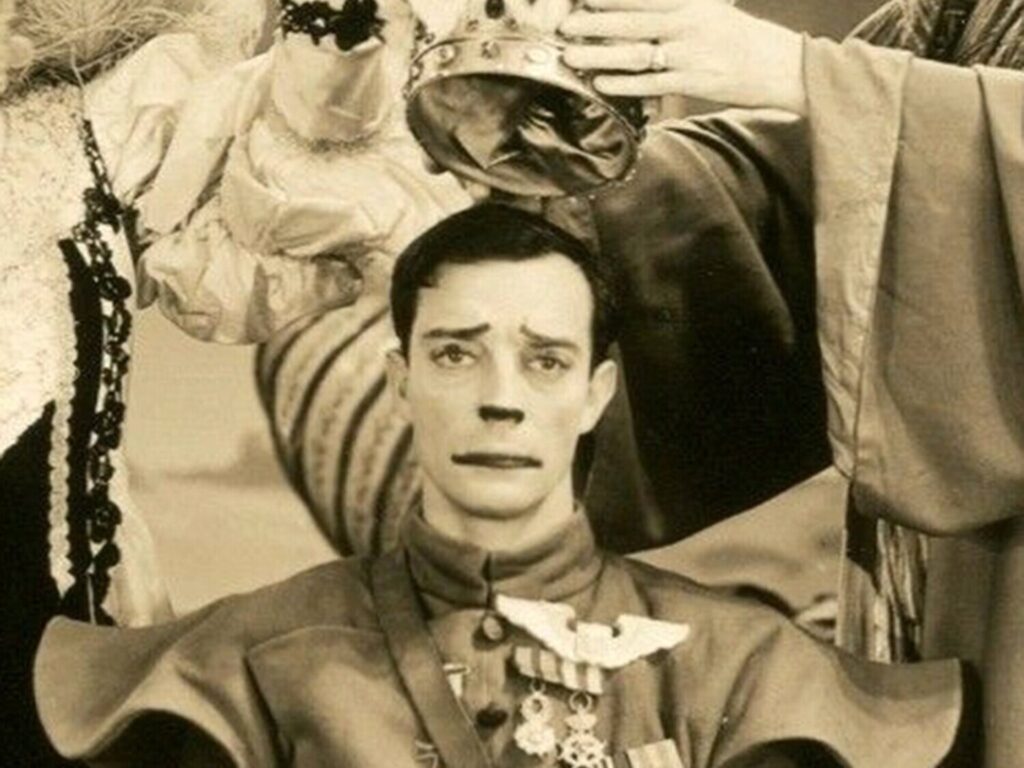 “In 1928, I made the worst mistake of my career. Against my better judgment I let Joe Schenck talk me into giving up my own studio to make pictures at the booming Metro-Goldwyn-Mayer lot in Culver City.” — Buster Keaton

By early 1928, Keaton had made 31 films of his own. There is no way he could have foreseen that within five years, his personal and professional life would be a shambles. Until 1928, Keaton had worked independently, his films produced by Schenck and released through other studios, including First National, United Artists and Metro.

In allowing himself to be signed over to MGM, Buster indeed made an irretrievable mistake—he would never again be completely free to create films, although he never gave up hope that he would be allowed to return to the work he adored. “I don’t know if it was human nature, greed, or power, but the big companies were out to kill the independents,” he said years later.

According to Keaton, Charlie Chaplin told him at the time: “‘What’s this I hear? Don’t do it. They’ll ruin you helping you. They’ll warp your judgment. You’ll get tired of arguing for things you know are right.'” Harold Lloyd apparently also advised him against the move. However, after months of putting off the move he explored all other options to discover there were no other options but to sign to MGM or simply stop working.

It’s hard not to make MGM the villain in what happened next. Many have blamed the studio for destroying Keaton’s career as a filmmaker and, in retrospect, that is exactly what MGM did.

When he came to MGM, Keaton had had an unparalleled run of success; in fact, he had never had a failure since he crawled on stage at the age of nine months. The world belonged to him and the future had no limits. He was accustomed to complete creative independence and working in an environment that encouraged innovation, so when MGM began insisting that its studio system knew better than he what made a good film, Keaton was naturally flabbergasted. His personal decline was swift and overwhelming.

“He couldn’t get any work done that he thought was quality, because there were too many people interfering,” his widow Eleanor Keaton said of that unfortunate time. Buster: “They were picking stories and material without consulting me and I couldn’t argue ’em out of it. I’d only argue about so far and then let it go. They’d say, ‘This is funny,’ and I’d say, ‘It stinks.’ It didn’t make any difference. We did it anyhow.” 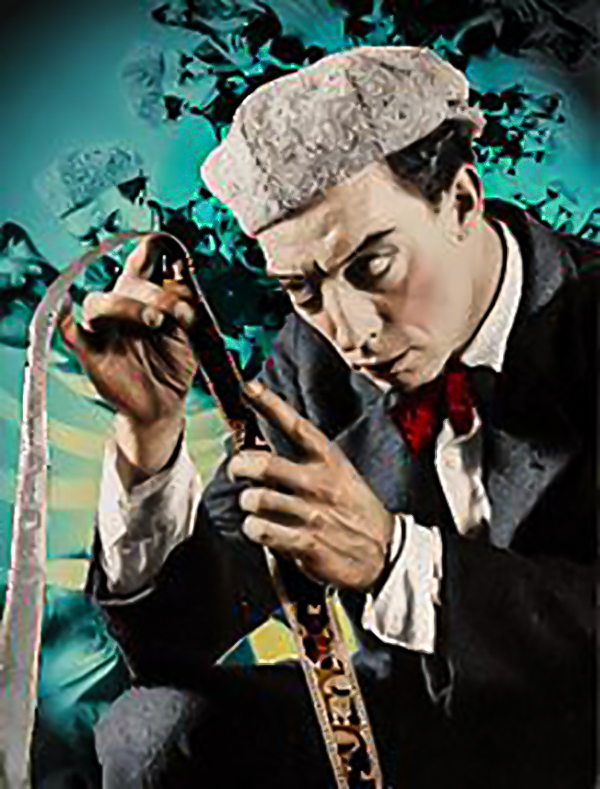 PUBLICITY STILL FOR "THE CAMERAMAN." KEATON GAVE UP HIS INDEPENDENCE WHEN HE JOINED MGM IN 1928.

His first film under the new rules is still pure Keaton; the battles behind the scenes just don’t show in The Cameraman (1928), a nearly perfect example of Keaton’s seamless filmmaking. The situation soon became intolerable. Within a few months, Keaton’s work suffered drastically. By 1933 and What, No Beer? with Jimmy Durante as his highly unsuitable partner, the on-screen Keaton is so miserable and in such an alcoholic state that he is almost unbearable to look at.

Where Keaton on his own is resourceful and poetic, with a startling vision of the world, Keaton at MGM is a bumbling idiot stuck in mundane and wordy plots. Both on- and off-screen, Keaton was trying to break out of a prison to which he had been sentenced with no knowledge of his crime.

“No one saw it for four or five pictures. Then it got so bad, no one could miss it—What, No Beer? and Sidewalks of New York. Oh, they were brutal! I knew before the camera turned on the first scene that we had the perfect foundation for a stinker. And by now, I couldn’t tell anyone anything . . . . So I slipped. I did what so many others have done. I started to drink. And that’s when I blew it”
— Buster Keaton

“He was always playing the dope,” said Eleanor. “So they tabbed him as a dope and figured they could get away with murder—gyp him, put him down, knife him. Too many times he went along rather than make a scene.” 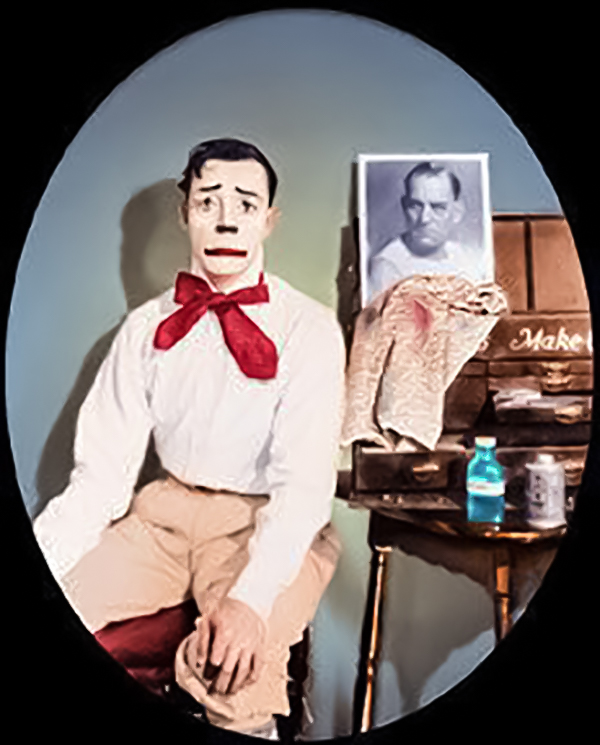 But, in MGM’s defense, Keaton’s pre-MGM features (not yet perceived as the classics they are today) sometimes barely covered their costs. On Steamboat Bill, Jr., Keaton’s producers insisted at the last minute he substitute a hurricane for a flood. Sets and special effects had to be reconstructed, adding to the cost. On The General, a forest fire shut down shooting for several weeks, which forced costs to skyrocket. As a result, these films did not make as much money as they might have otherwise.

Because of the financial ledgers on Steamboat Bill and The General, the MGM studio businessmen may have felt they were taking on a potential financial liability. But MGM made a lot of money from Keaton’s films during the difficult Depression years, even if those films are painful to watch today because of the inadequate material and poor direction.

MGM had already developed a bureaucratic system that worked well with most of its other directors and stars (“as many stars as there are in the heavens”). Unfortunately, Keaton was an anomaly at MGM: he was the studio’s first real comic and the only star who came to MGM with an expectation of creative independence, an idea encouraged by both Joseph Schenck, when he convinced Keaton to sign the MGM contract, and Buster’s new boss, “boy genius” Irving Thalberg, a bridge-playing friend of Keaton’s who nonetheless refused to allow him a free hand.

Again, in MGM’s defense, it is possible that Keaton might have received similar treatment with another studio. In addition to the financial issue, Keaton’s proclivity for death-defying stunts would sooner or later have been curtailed for insurance reasons—even if the cumbersome new sound equipment hadn’t temporarily limited the camera movement necessary to capture Keaton at his best.

The day of the independent comic filmmaker, who wrote, directed and starred in his own films, seemed to be over. Even Chaplin and Lloyd, who were financially more secure than Keaton, did very little work after the late ’20s

However, enough exceptions exist to bring responsibility for what happened right back to MGM’s doorstep. For example, W.C. Fields, who had been making silent films over at Paramount, ran into the identical problem in 1928. He said, “They told me that specialists would write my stories and dialogue and when the party was ready, they’d call me in to make a few faces before the camera and recite the lines they had written. I tried it and in six months was out of a job.”

But Fields, unlike Keaton, triumphed. Fields’ sound films after he returned to Paramount in the early ’30s display a comprehension for the special needs of physical comedy and include the natural outdoor settings and a few of the fluid tracking shots that Keaton’s MGM pictures so sorely lack.

By 1930, it was possible technically to make a sound film the way Keaton wanted to make them, but for unknown reasons, MGM chose not to. Perhaps the answer is in a statement by Nicholas Schenck, Joe’s brother, who ran MGM. “I don’t like slapstick,” he once said.

Systematically, MGM tried to stamp out Keaton’s individuality during those years, a treatment the highly sensitive artist couldn’t endure. Even though MGM seemed to view Keaton only as an investment, it was a terribly short-sighted way to handle an investment. If MGM had bent its rules a little more, allowing Keaton the kind of freedom Fields and his staff had at Paramount, perhaps the outcome would have been different.

As it was, the studio executives were callous in their handling of Keaton, particularly considering that the studio had little or no experience producing comedies—and Keaton had a great deal. MGM was known, not for its comedies, but for its spectacles like the original Ben-Hur and its dramas like He Who Gets Slapped with Lon Chaney and Norma Shearer. 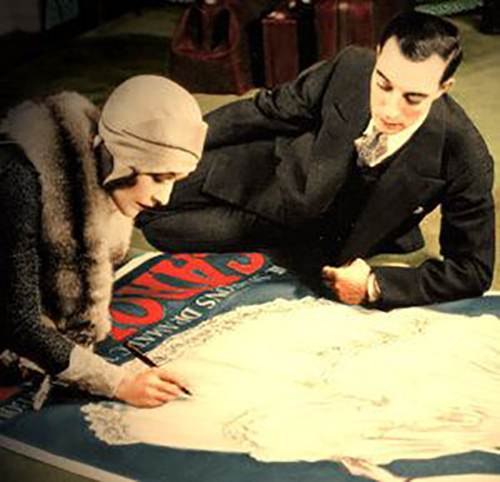 LEADING LADY DOROTHY SEBASTIAN AUTOGRAPHS A POSTER OF HERSELF AS TRILBY DREW ON THE SET OF "SPITE MARRIAGE", 1929. THIS WAS TO HAVE BEEN BUSTER'S FIRST SOUND FILM, BUT THE STUDIO HEADS DECIDED OTHERWISE. 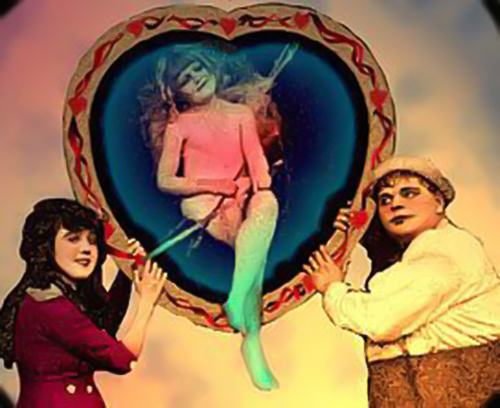 FRIENDS ROSCOE ARBUCKLE AND MABEL NORMAND BOTH PASSED AWAY IN THE 1930S.

In many ways, the years 1932-34 were the worst of Buster Keaton’s existence. Every area of his life had been under attack for several years and it all blew up in the early ’30s. During those fateful years: Natalie Talmadge divorced him, claiming his drinking and carousing had dissolved their marriage; best friend Fatty Arbuckle died suddenly of a heart attack, followed shortly thereafter by the deaths of two other close friends; he was forced to declare bankruptcy and was sued by the Internal Revenue Service for $28,000 in back taxes; he struggled desperately against the same violent alcoholism that had ruined his father’s career; he made scandalous headlines by illegally marrying his second wife (while inebriated) before his divorce from Natalie was final; and made headlines again a few months later when he accidentally got mixed up in a wife-swapping scandal.

Worst of all, MGM fired him for unreliability after he refused to work on what he considered inferior films.

His resistance to working on second-rate pictures set a precedent followed a few years later by Bette Davis and many others over at Warner Brothers. Where they eventually won more creative control, Keaton gained an unjustified bad reputation that would hound this most professional of artists the rest of his life.

Eventually, when he and his mother had had enough, he quit the act in January 1917, leaving his father temporarily stranded in California. As a well-known star already, he was signed immediately to appear on Broadway in Shubert’s Passing Show of 1917.

“I got to the stage where I didn’t give a darn whether school kept or not, and then I started drinking too much . . . when I found out they [MGM] could write stories and material better than I could anyway—well, there was no use in me fighting with them. Of course, it only took about two bad pictures in a row to put skids under you. Oh, everything happened.” 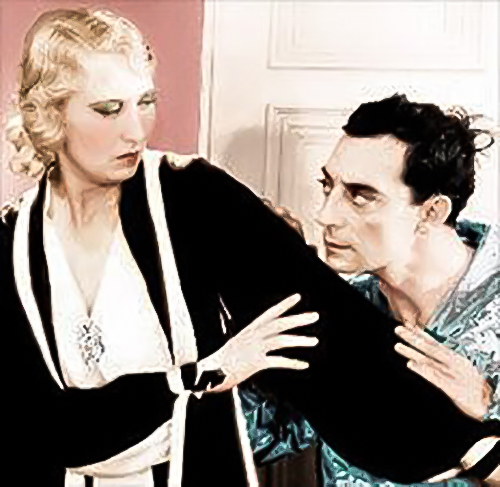 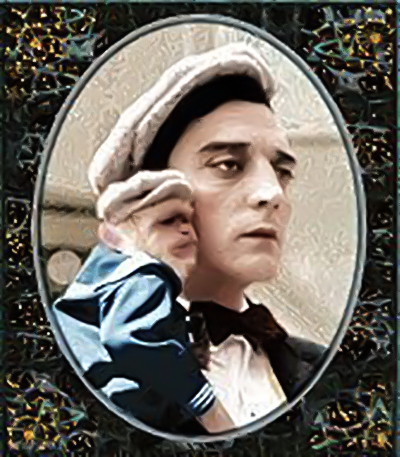 JOSEPHINE SNUGGLES UP TO BUSTER ON THE SET OF "THE CAMERAMAN", 1928.

Much has been made of Keaton’s severe alcoholism during this time. His drinking problem was so alarming that he would black out after only two or three drinks. During one such drinking spree, Keaton was discovered performing impromptu comedy acrobatics for a group of hoboes gathered around a campfire. In a futile attempt to quit, he locked himself alone in his new small house and spent nightmarish hours—possibly days—sitting on a hard chair, gripping it with white-knuckled hands to stop the shakes, biting his tongue until it bled and living through horrifying hallucinations—trying to overcome the delirium tremens all by himself.

What is considerably more interesting—and what many writers have chosen to overlook in telling Keaton’s story—is the fact that within a very short period of time Keaton brought himself back from the edge of an abyss of certain destruction. With help from his family and his doctor, along with his own remarkable resolution, he got the drinking under control, applying his singular discipline and determination to his personal life. Of course, Buster could look to the example set by his father, whose career had ground to a halt after his own drinking had taken over.

The drinking undoubtedly contributed to the breakup of his first marriage and to his troubles at MGM, but Keaton was strong-willed and refused to allow alcohol to ruin him. Keaton, once referred to as “Hollywood’s grimmest teetotaler,” would continue to have a drink every few years—and occasionally suffer the consequences for it—but drinking never again disturbed the pattern of his life as it had during that awful time.

Continued in Part 4: The Lost Years