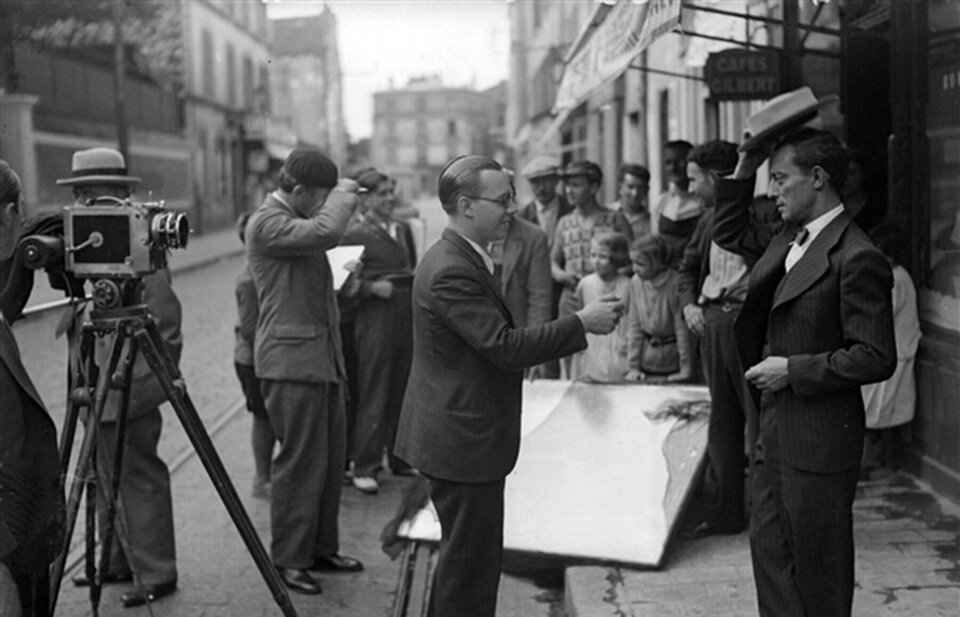 Keaton’s career after the lost years at MGM has always been a stumbling block for writers. Wanting so desperately to provide a happy ending, biographers generally skip the next 15 years of Keaton’s life, jump immediately to his rediscovery in 1949 and zoom along in a whirlwind to his last hours in 1966. If those missing years are mentioned at all, the suggestion is that Keaton did nothing during that time, losing his career and even his creativity in the process. The suggestion is wrong. What Keaton did lose was control. The ability to make his own creative decisions was taken away from him and would never fully return.

Some assume that Keaton’s career was ruined by the coming of sound, that he just wasn’t suited to making anything but silent films. Anyone who has seen the rare French film Le roi des Champs-Elysées (King of the Champs-Elysées), made in 1934, knows that Keaton could make as good a sound film as anyone. Too bad it was never released in the United States; it might have returned him to stardom. Despite the fact that Buster was still drinking when Le roi des Champs-Elysées was made, it is a charming film, with a solid plot, good direction and full of typical Keaton touches. It would be the last of its kind until the end of his career, when he made The Railrodder in 1965.

The truth about the years from 1933 to 1949 is that he worked continuously throughout the ’30s and ’40s, appearing in numerous short films for Educational and Columbia, as well as a few films in Europe. 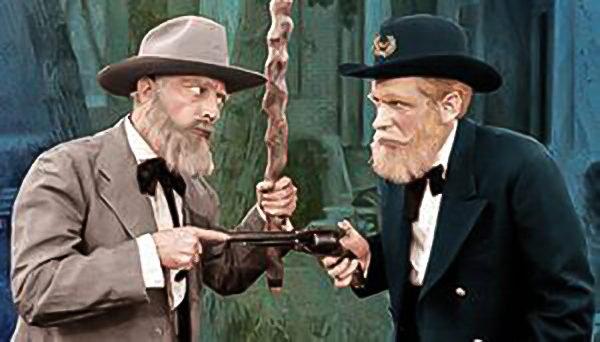 BUSTER AND NED GLASS (WHO LATER PLAYED "DOC" IN "WEST SIDE STORY"), AS CIVIL WAR VETERANS RECALLING THEIR GLORY DAYS AT A REST HOME IN "MOOCHING THROUGH GEORGIA", COLUMBIA PICTURES, 1939.

KEATON'S FAVORITE (AND BEST) SHORT FOR EDUCATIONAL WAS "GRAND SLAM OPERA", MADE IN 1936.

HERE, HE ASPIRES TO DANCE LIKE FRED ASTAIRE IN TWO MIRRORED SEQUENCES.

THE STORY FOLLOWS BUSTER AS A HOPEFUL WHO WANTS TO WIN A PRIZE BY JUGGLING ON THE RADIO, WHICH IS, OF COURSE, NO LESS ABSURD THAN VENTRILOQUISM ON THE RADIO.

By 1937, after pulling himself together “by sheer will,” free of alcohol and the unwanted and barely remembered second wife, Keaton was also back at MGM as a gagwriter, earning less than one-tenth of his previous salary. Through it all, he supported his whole family: father, mother, younger sister and brother (and his brother’s wife and child) on his by-then meager earnings. “He was determined that Louise and I would get the schooling that he never had,” reported brother Harry Keaton.

His film and television appearances throughout the ’40s, ’50s and early ’60s assure us that Keaton’s comic mind still functioned well. The material is often shoddy—an unfortunate irony after his troubles at MGM—but moments of brilliance emerge, mostly when the assorted writers and directors get out of the way and allow Keaton to do what he knew best: visual and physical gags unencumbered by bad direction and complicated storylines. These few gems harken back, not to the days of his greatest achievements, but to his earlier work on stage, to the short films with Fatty Arbuckle, and sometimes to his own two-reelers.

It was on the stage, where Keaton got his start, that much of the best work of his later years was presented. Throughout his life, he found working before a live audience a tonic. Once he could no longer control his films, Keaton turned again to the theater audiences that had made him a star at age five. 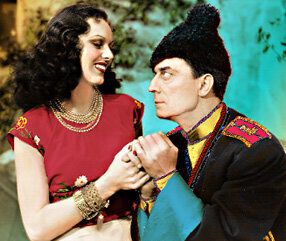 BUSTER AND LORNA GRAY (ADRIAN BOOTH) IN "PEST FROM THE WEST", A 1939 COLUMBIA 2-REELER REMAKE OF "THE INVADER".

He went back to the stage as early as 1941, touring the country in a detective play called The Gorilla, which the Ritz Brothers had filmed in 1939. One local paper reported, “. . . he gave an audience that was alternately amused and amazed a flash of his former comic genius. For a few inspired moments in the middle of the crackpot play, he had a chance at the kind of bewildered pantomine [sic] that made him a great man, not so many years ago, and he established that the silent mischief he used to make in the movies was no mere photographic trickery.” 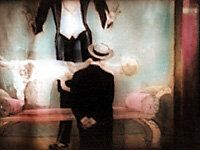 BUSTER JOINS A SIDESHOW IN HIS PURSUIT OF A MAGICIAN'S ASSISTANT (MARLYN STUART) IN "MIXED MAGIC", AN EDUCATIONAL SHORT, 1936.

His greatest stage successes were often in Europe, but occasionally in the U.S., as when he starred in the Broadway touring company of Once Upon a Mattress for nearly a year. Keaton seldom failed to impress the other performers or bring cheers from the audience. Billy Beck, who worked with Keaton at the Cirque Medrano in Paris revealed: “The clowns in the show used to gather in the entranceway, in the shadows, watching him each night. Myself and the other clowns were amazed—that’s just about the only thing I can say.”