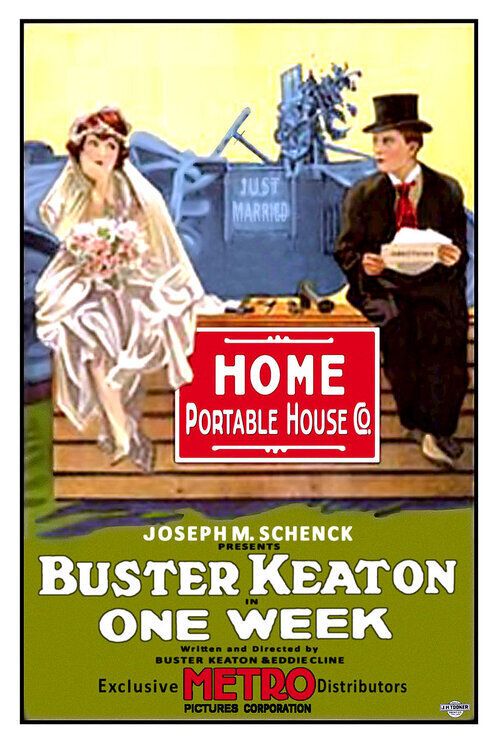 Buster and his new bride receive a build-it-yourself house as a wedding gift, but their week-long construction project goes from tough to absurdly impossible (or, absurd and impossible!) when a rejected suitor re-numbers all the packing crates.

Added to the National Film Registry in 2008.

Although the first released, it wasn’t the first film Buster made with his own production company. The High Sign was produced first, then shelved for a time.

Film critic Walter Kerr, in his landmark book The Silent Clowns, said of this film,“To sit through dozens and dozens of short comedies of the period and then to come upon One Week is to see the one thing no man ever sees: a garden at the moment of blooming.”

It was the first time in one of his own films that he used the falling house front gag.

The full size house (not a model) was actually built on a turntable for the storm scene.

Sweet Sybil Seeley was only 18!

Watch for Buster falling from the house and landing on his back – the landing caused his arms, elbows, and back to swell. His unit’s physical trainer put him in a shower first as hot, and then as cold, as he could stand, followed by horse liniment, which brought the swelling down.  After a night’s rest, he was ready for work the next day. 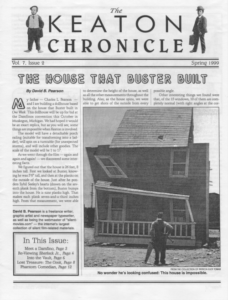 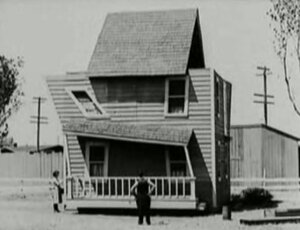 Buster Keaton and the Comedic Roots of Surrealist Cinema
by Gordon C. Waite 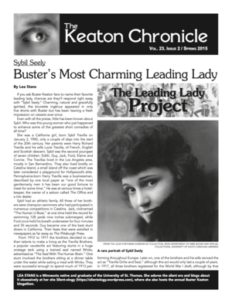 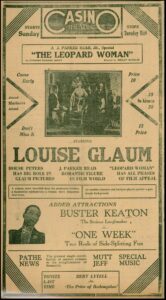 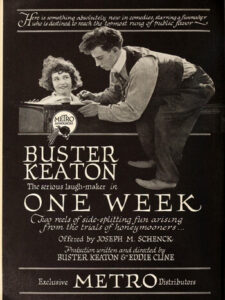 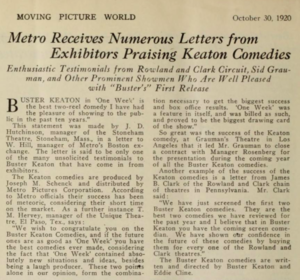 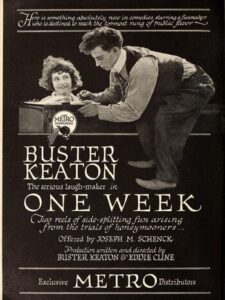 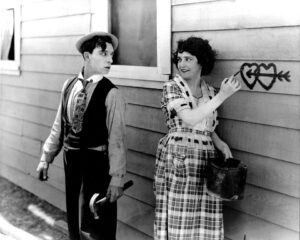